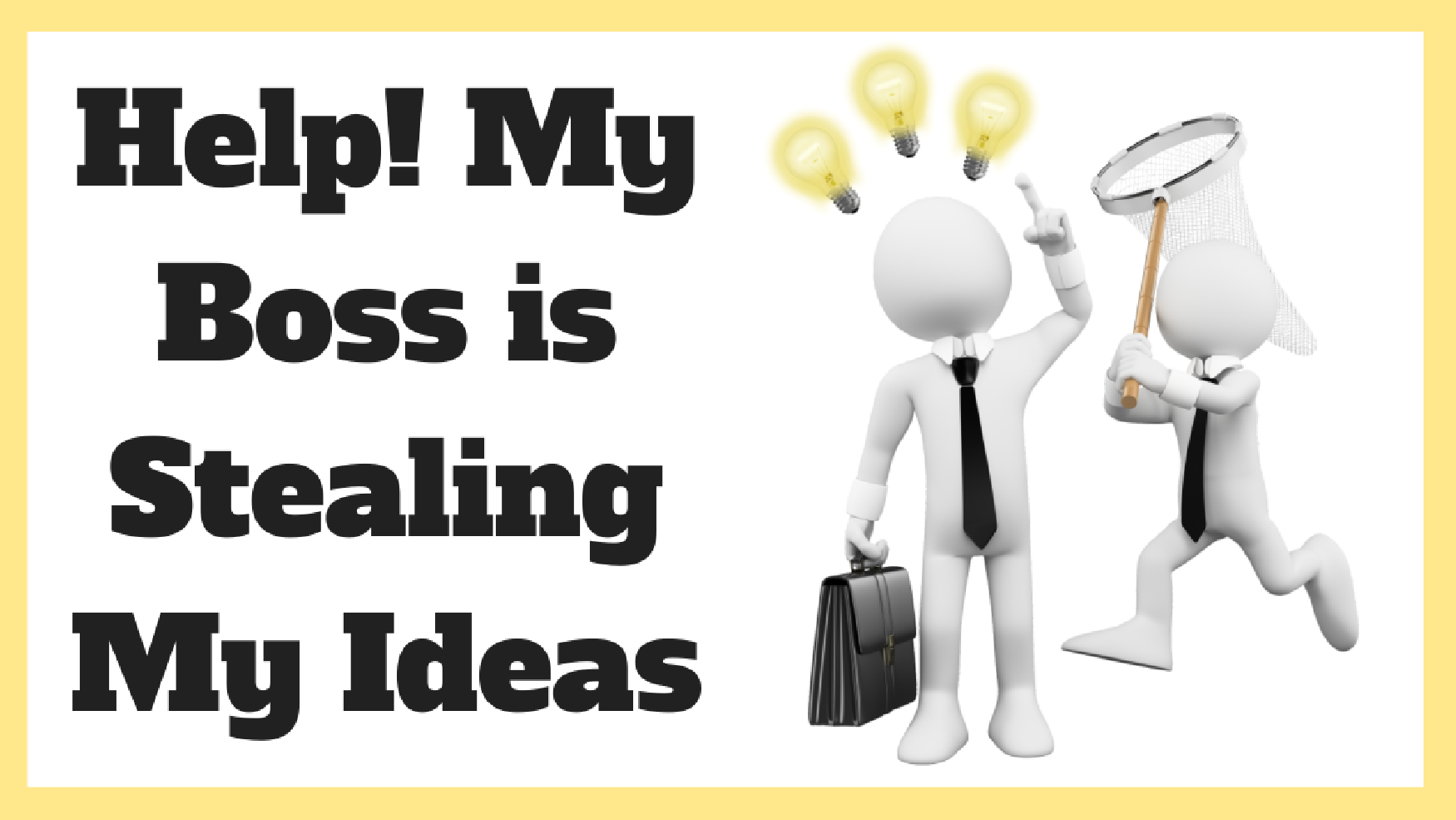 Help! My Boss is Stealing My Ideas

As a rising star in your organization, you feel that you owe a great deal to your manager. After all, they’re the one who’s believed in you and have helped pave your way so far. Rightly so, you see one of the most important career goals for managers as helping to make your boss look good. So you’re always trying to generate new and interesting ideas to improve your department. This is admirable of course and will help you not only excel at what you’re doing now, but also increase your chances for future promotion.

But don’t overdo it.

You see, as you climb higher up the corporate ladder, promotion opportunities will become fewer and farther between. In fact, getting that next promotion, one of the major career goals for managers, is going to require much more than just impressing your boss. You’re going to have to start building up your social capital among a much wider and harder to please audience: senior managers in your department, coworkers and key figures in other departments.

Your natural tendency now is to run all of your great ideas past your boss to get their blessing. But I bet that if you look closely at what actually results from some of these ideas, you’ll be surprised. For example, have you noticed that when you met with your boss, your ideas were given very little consideration, yet they suddenly became reincarnated as part of your boss’s strategic agenda presented to the board? Perhaps you’ve seen this and haven’t wanted to believe it was intentional. Or maybe you’ve known all along it was intentional, but, hey, you owe your boss, so no biggie.

Why is your boss doing this?

But here’s the problem: instead of earning the social capital you need to get that next promotion, your boss is raking it all in. Before we talk about what to do, let’s take a closer look at what’s really going on. If your boss’s “idea-borrowing” has occurred more than once or twice, you can be sure that:

So what might be some of the motivation behind your boss’s unprofessional behavior? Your boss might feel:

You might identify one of these “excuses” and so your first reaction could be either to clam up and stop sharing your ideas with your boss or to blow the whistle—calling them on their stealing. I’d save both of these as last resorts.

How to avoid being hijacked for your ideas

Instead, here’s what I suggest, the next time you come up with a brilliant idea:

If you concentrate on these two ways of disseminating your ideas, not only will your boss get the message that what’s your is yours, but also you’ll be building up the social capital you need to get your next promotion.

Give this a try and let me know how it went.

Great managers are made. Not born.