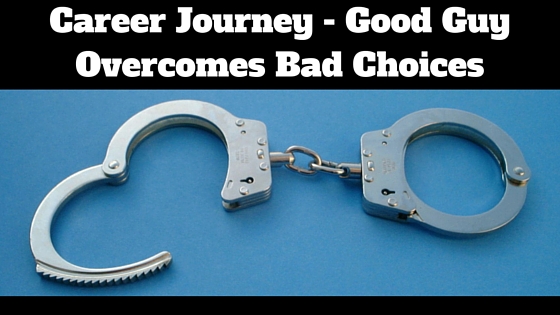 Phillip was a bright, intelligent young man who had made some bad decisions as a young adult. Because of his past, he found himself being rejected for job after job because he had a felony on his record. Needless to say, work was hard to come by. What’s more, he was capable of doing far more than the short-term manual labor jobs he was able to secure.

When he first came to me, he was pretty pessimistic about his future and his negative self-talk was creating a future which only mimicked the past. When he came to me for coaching, we started with monitoring self-talk and identifying his values as well as any limiting beliefs. From there, Phillip began visualizing a future which included a job that matched his values, an environment that did not feel constrained and work that was both satisfying and challenging. As he progressed, we discussed his talents and interests, including not only the visual of his future, but incorporating the emotional component of how it felt to be successful and happy.

He continued to show up at various labor pools, some days securing work, other days not. Within a month of our first session, he was hired as a temp for a small manufacturing company. He was a hard worker who was always eager to learn. The owner of the company noticed his drive and gave him more and more duties. Within a month he was hired as an employee, despite fully disclosing his past. As he mastered one skill, he asked to learn more. In no time, he was promoted to a position of considerable responsibility with a corresponding salary increase.  Things were looking much better.

About six months later, Phillip contacted me again. He was still working for the manufacturing company, but not very happy with some of the decisions management had been making recently. He was getting restless and felt that his position may not be as secure as he imagined.

Once again, I encouraged him to visualize his future. How he wanted to feel, what he wanted to do, what his perfect environment looked like and the type of work he saw himself doing. By this time, Phillip had accumulated considerable skill, and had an excellent reputation for quality work. The subject of self-employment started to come up more and more often. What would it take?  There was more to be considered beyond the physical steps of establishing himself and his business. Phillip had never considered himself to be a salesman and the uncertainty of marketing himself and having to come up with work on his own seemed daunting—at first.

In order to move past these hurdles, we worked together to first recognizing and then removing his limiting beliefs about his salesmanship and marketing. Then, as he began really visualizing himself being his own boss, attracting clients and excellent projects, Phillip became more and more confident that this was a viable alternative.

In July of 2015, Phillip quit his job and started his own company.  His first month in business, he billed over $10,000.00. He continues to enjoy success and I often see his Facebook posts touting just how much he loves what he does. Here is part of what he wrote January 1, 2016:

“First day of what’s going to be my first full year self-employed. I spent many years struggling to find work because of the consequences of some of my choices. As scary as it was (and still is at times), I went out and got my license.   Over the past 5 months and 10 days I’ve been working my ass off and what with the end of the year I was reflecting on how things are going. On my own (and with tons of help from friends, family, and many others) I can say I’m somewhere I could have never imagined. And no I’m not talking about @ work on a holiday. So grateful today and excited for tomorrow and beyond.”

Now that’s success!  And it could be your story, too!

About the Author Regina Skarzinskas

Regina is a Life, Career and Family Coach in Beaverton, Oregon. She has decades of experience working with young people looking for that first career, people in transition (stay-at-home parent going back to the workforce) and those looking for a whole new career. She believes that our greatest obstacles in life are our own limiting beliefs. Her toolkit includes PSYCH-K and EFT. Connect with Regina through Noomii and her website.

Career Journey – From IT to Health and Wellness